Here's just some random stuff from lately. I managed to score a whore of a scooter. This started as someones mom's scooter, then their sons, then their friends, another friends, lent and returned from another friend, then spent some time in a storage unit. 1984 Honda Spree, in the Canadian only 'Vista Blue'. It's a Heap. #1 lesson in scooters is DONT REMOVE THE AIR BOX. The tiny little 2 strokes don't do well as the carbs are purposely oversized and need the restriction the air box gives to run and idle properly. It does not make them faster to...

Many moons ago I had a catastrophic financial failure and had to sell everything I owned. I had been living in a forest building custom Toyota Corollas, all assembled from other peoples refuse. Suddenly I returned home to find I was forced to move into the City, all while shedding my precious Corolla stash. Landing on a couch I found a job at a local BMW dealership on the other side of town. After a few weeks of some big long walks, another local Corolla lover told me there might be a scooter I could have. Hosting a long term growth of... 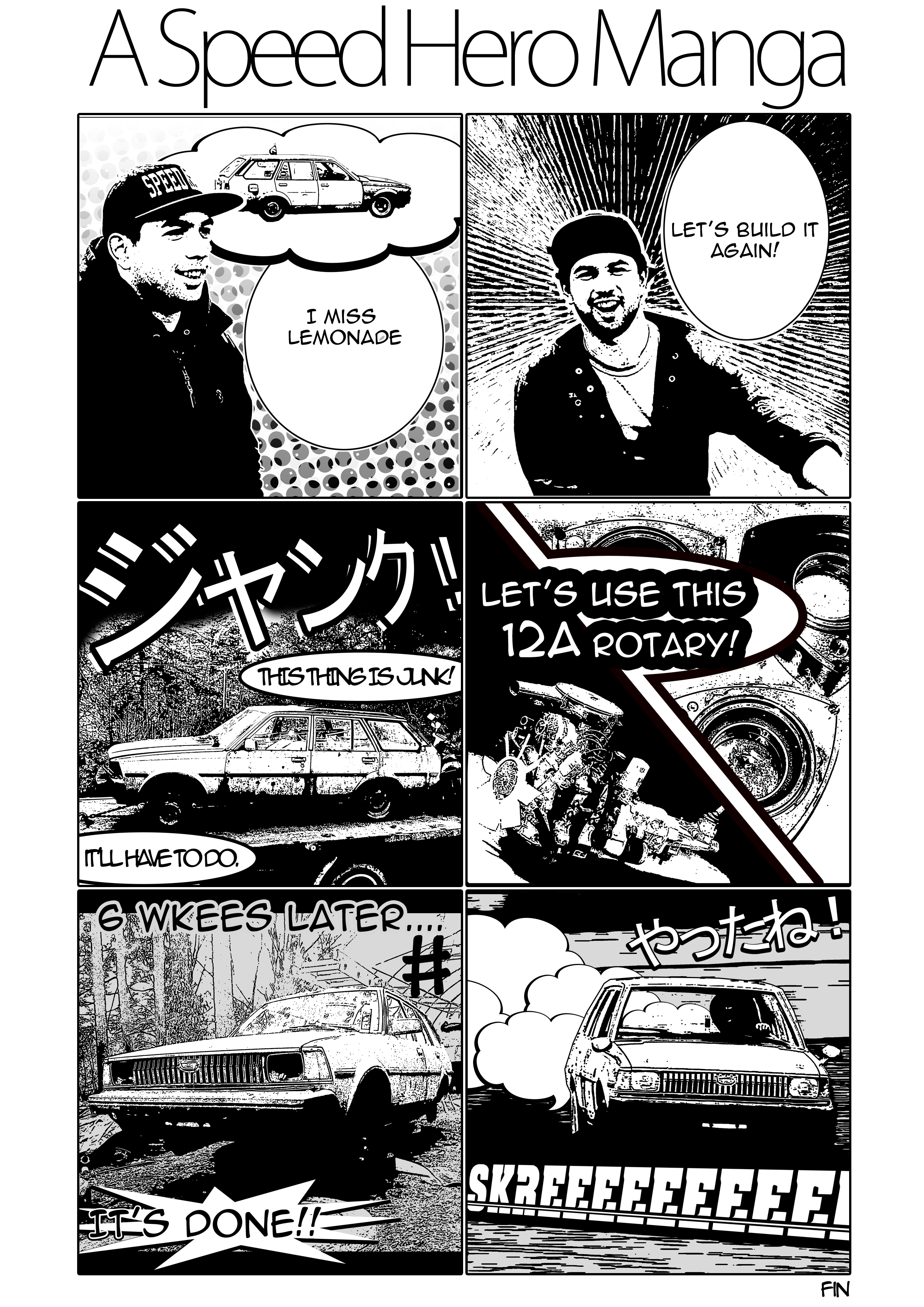 Repeatable results. If something can be repeated multiple times, does that make it reality? I had been sitting on my hands, waiting. Money tight, homeless, still, with an ear sharpened for opportunity. Life math is a way to make decisions. This algebra of social scenarios is a way to add things up and turn fantasies into realities. I had wanted a drift car ever since returning to Canada. Racing chariots are now my safety blanket, my teddy bear to sleep well at night, fending away the midnight monsters under the bed,...

This pomme de terre came to me recently. I'm trying to do something with it. I'm not bright.

Let's just keep count here. I believe this is #24. I've now owned, 24 corollas. I wouldn't consider this much of a Corolla, but it technically counts, since I write my own rules.

This began when a long line of moons aligned on some planet being pelted by lucky asteroids. My old Lemonade Wagon recently began a new motor swap from the old 12A...