So a few days ago, Quinn contacts me with a job he has for me.  But before that, look at that dish.  LOOK. Anyways, Quinn sends over another pic.  He wants more information.  It's a pic of a crazy-ass widebody Datsun S30 Z.  This one, actually.

"one of my favorite cars EVER, I found that photo at random and know nothing about it. I love it for it's "Daily driven pikes peak" appeal." He says. OK.  I never thought I'd appreciate the look of a front wing, but here we are.  The wing does actually suit it. "well, then this happened in a random photo thread the other day."  He sends me another pic

Time to send the link to Quinn.  6:25:47 pm It's definitely a match.  Where is the name of this thing.  Damn, this is a long thread. A-HA!  Primadonna kit - 6:26:57 pm.  Total search time: 2 minutes 19 seconds. Yes, Quinn.  That quickly. A quick google of Primadonna 240Z brings up the story of its origins with the first hit.  Most of the other links are things showing that we're late to the party by a couple of years. Anyways, the story goes that a man in California named Jack Atkinson made this kit - himself.  No huge bodyshop, no specialized tools.  Just him, the car, fibreglass, a apartment complex parking lot, and a buttload of passion.  Oh, and the occasional passerby who would give him things like sandpaper. He toiled away in the parking lot until he came up with the form you see here.  And it was good.  Say hi to Jack and Yolanda, everyone.

By the time 1983 rolled around, he had developed a v2 of the kit.  This time it had box flares.

And that was eventually refined and then painted black.

The first one had its wing changed and was painted red.

The red one was sold and is essentially lost.  Nobody knows its whereabouts.  It hasn't been registered in years, nor was it salvaged, according to official records.  It's Schrödinger's Z.

The black car is in the hands of another enthusiast, and is prowling the streets. A third car was also built.  It's actually the white one I found up at the top of the thread.  The original owner put in a V8.  It too has since passed through a few owners and is currently somewhere in Florida. Sadly, the molds that were made to make these pieces of art were inexplicably destroyed in the early 90s by the guy who owned them at the time.  With any luck, one of the guys with the remaining cars will have the opportunity to take molds of their own cars.  I would love to get my hands on a rusty old Z and the flare kit from the white car.  I'd end up somewhere like this place, following in the footsteps if the original.

Quinn EDIT: I just wanted to include a few photos for posterity. You have to understand the "feeling" of this car. :) [caption id="" align="alignnone" width="557" caption="The box, where the car was stored for nearly 20 years during it's build!"] 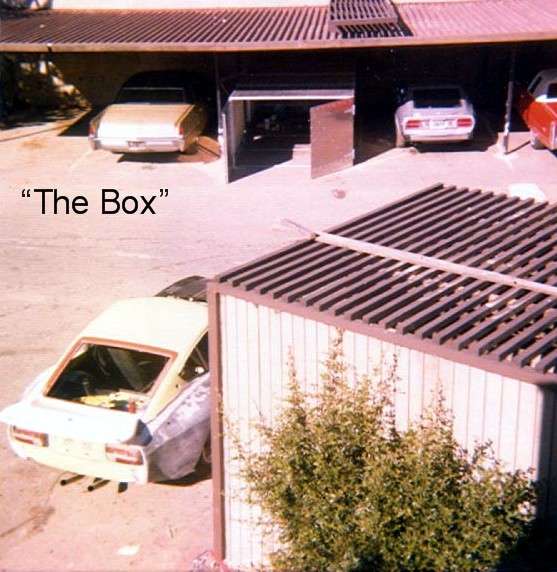 [/caption] Below is my favorite photo of all. The shear joy on his face as he rolls around knowing the few people that get it, that are in the know, and understand all of the influence, all of the work, those few stewing in jealousy, cause a slight grin that one can't wipe. [caption id="" align="alignnone" width="600" caption="Pure Joy as an speedy Artist. "] 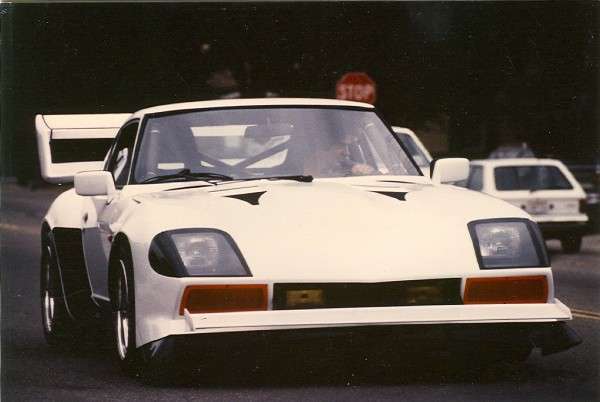 A name the dreamer gave me because nobody could catch me on the rolling hills above Redwood City, California where I lived.

Can you imagine, it's the mid 80's and this car below is making Touge runs through California? OG Speed Hero